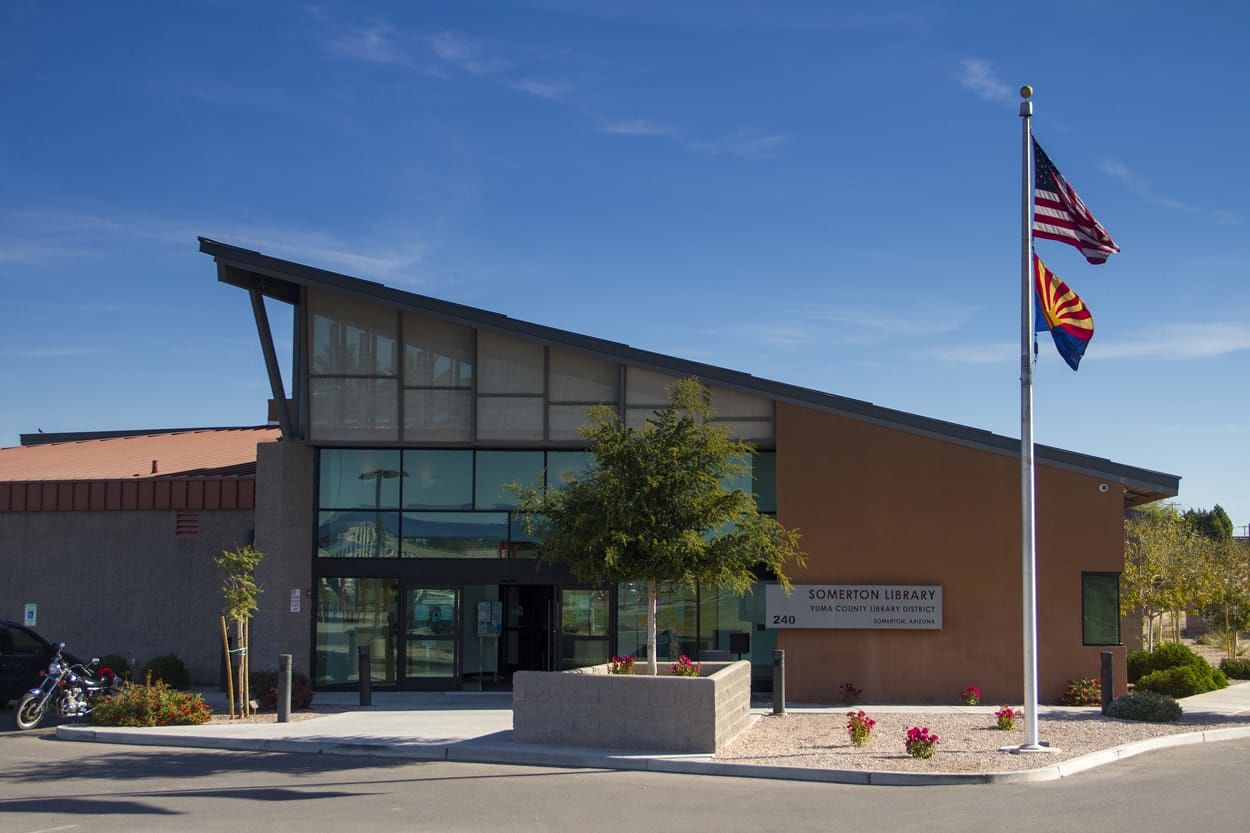 The Somerton Library is located at 240 Canal Street in the City of Somerton, an agricultural area, 11 miles southwest of the City of Yuma and approximately 12 miles from the U.S.-Mexico border. The library offers programs and events for all ages. A meeting room is available for public use. Computers are accessible, and printing, copying, and wireless printing is available. The library opened in 2001 and was expanded in March 2009.